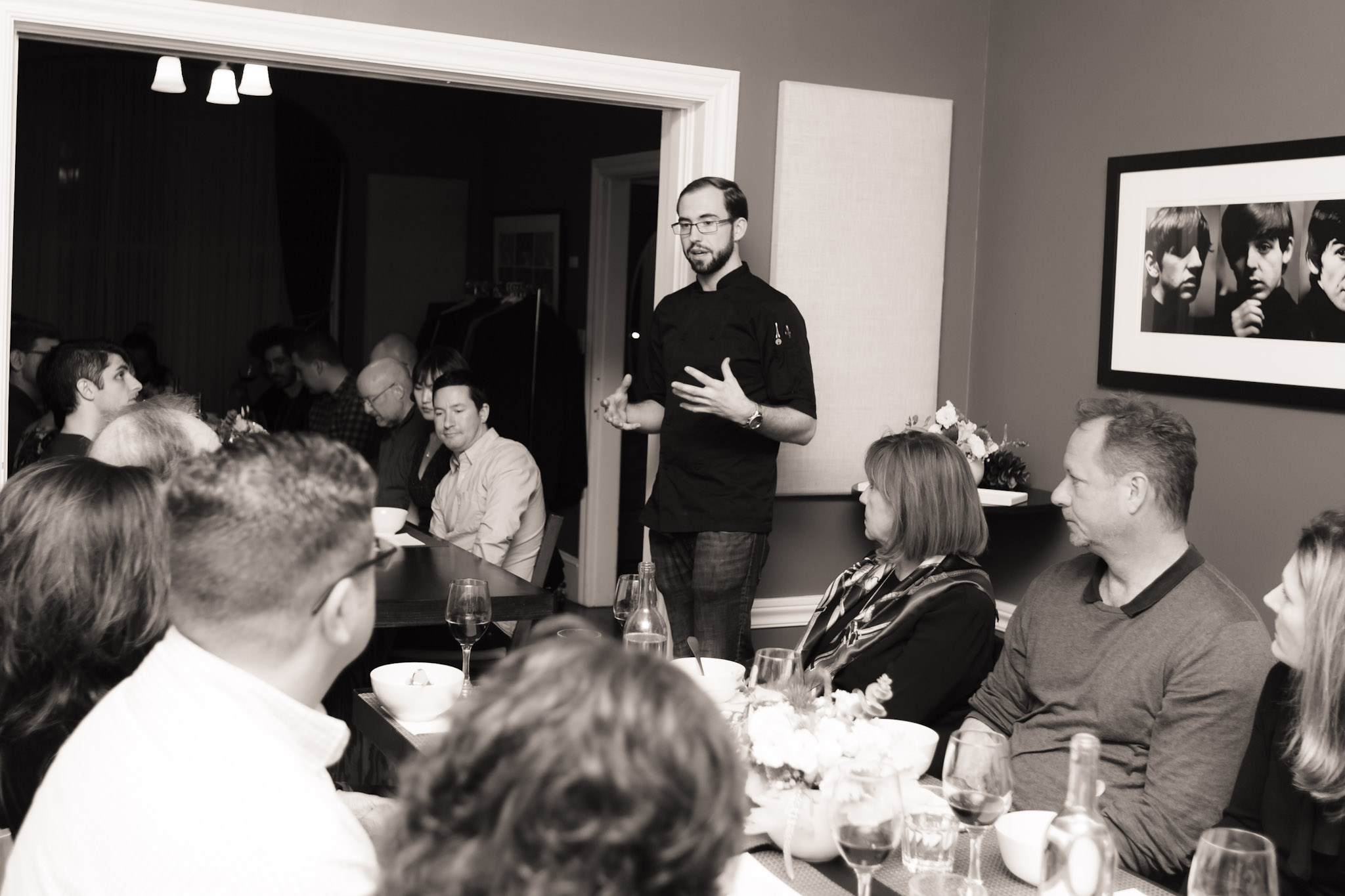 “When a farmer tells me what they have access to, what they’re growing, even what won’t go to market and needs a home, like something that got hit by the sun too hard and it’s on its way out, my response is, ‘Let me put it on the plate!’ Limitations like that motivate me, 100 percent.”

After discovering his calling at age 15, Chef Thomas Owen grew his cooking career by leaps and bounds, from high school culinary competitions to the most iconic restaurants in his hometown of Madison, Wi, to San Francisco’s three Michelin-starred Quince. No matter the context, however, Chef Thomas has remained committed to cultivating a food scene in which cooking and community go hand-in-hand. Today, as a private chef based in the Bay Area, he shares his vision throughout California and beyond through restaurant pop-ups, dinner parties, and in-home tasting menus that reinforce regenerative agriculture through restorative cuisine. Fostering connections is what drives him to create an atmosphere of everlasting discovery, on the plate and with the people sharing our tables.