Asian Greens are leafy greens that are commonly used in East and South-East Asian cuisines, have a robust nutrition profile, and are prolific growers. 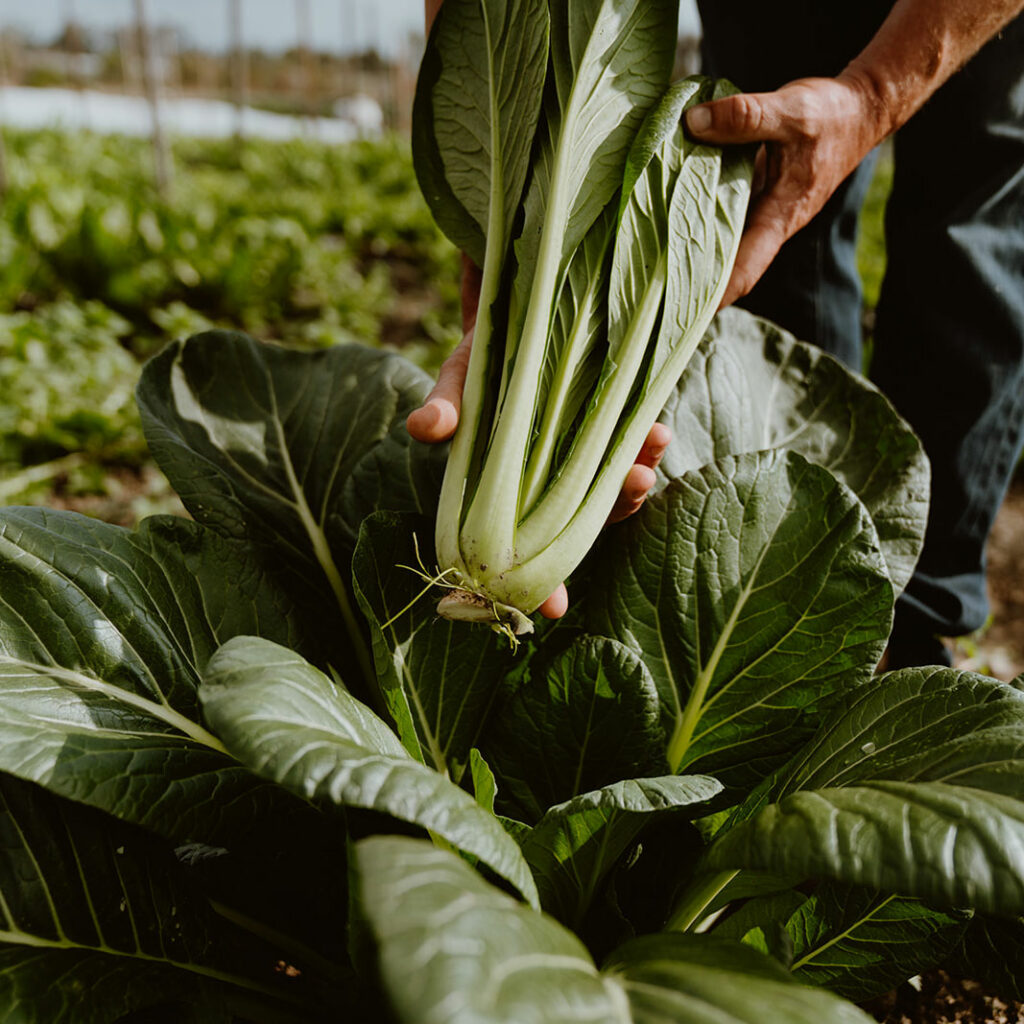 Bok choy is native to China, specifically the Yangtze River Delta area. In the 1300s CE, bok choy was imported to Korea, where they created a fermented bok choy dish that is still renown today: kimchi.

The name ‘komatsuna’ means ‘greens of Komatsu’ in Japanese, a reference to the village of Komatsugawa in Edogawa, Tokyo, where it was heavily grown during the Edo period.

Mustard greens are native to India. The first varietal differentiation of mustard greens was cultivated in China near Sichuan. Mustard greens have been naturalized throughout the northern hemisphere from Japan to Europe to South and North America.

Tatsoi is native to China and as it has been cultivated in Japan for so many centuries that it is considered an ancient green.

Tokyo Bekana was developed in Japan from Chinese cabbages brought home by soldiers returning from the Russo-Japanese war in the early 1900s.

Asian greens are a source of fiber, iron, calcium, manganese, potassium, phosphorus, and vitamins A, C, and K. Most Asian greens supply about 50 percent or more of the Daily Value for vitamin C along with about 10 percent of your daily potassium needs. They are also rich in beta-carotene, an antioxidant that helps maintain skin health and beauty. Because of their lower levels of oxalic acid, the iron and calcium in Asian greens is more readily absorbed than traditional leafy greens such as spinach and silver beet.

Place your washed and dried Asian greens in a loosely sealed reusable food storage bag in the crisper drawer of your refrigerator. Boy choy and Tokyo Bekana can also be lacto-fermented in a saltwater brine to preserve for four to nine months or more.

Prepare Asian greens how you would prepare any other leafy green. Common methods of preparation include stir frying with cooking oil or ghee, blanching, steaming, boiling, and pickling. Asian greens can also be used to prepare a nutrient-rich vegetable broth along with any other vegetables of your choice. Serve with soy sauce, liquid aminos, hot sauce, oyster sauce, sesame oil, or any other flavorful sauce as they absorb flavor very easily.

Prepare your Asian greens by washing, drying, and chopping or slicing up. Combine vegetable or or chicken broth with oyster sauce, cooking wine, soy sauce, honey, and optional salt in a small bowl. Heat a wok on high and add cooking oil to coat. Add freshly diced green onions, ginger, and garlic to the wok and stir fry for 30 seconds. Add greens and stir fry for 2 minutes, pressing greens against the wok and then stirring again. Add the sauce, bring to a boil, cover, and then reduce to simmer for 3 minutes. Add corn starch or any thickening agent to the mixture and stir for about 15 seconds or until the sauce thickens. Transfer the greens to a plate and serve hot.

When cooking Asian greens, separate the stalks and leaves and cook stalks for longer. 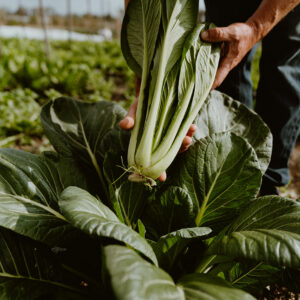 Also known as pac choi, Chinese white cabbage or Chinese mustard, bok choy was bred from wild brassicas growing in China’s Yangtze River Delta. While its name translates from Cantonese as “white vegetable,” bok choy can in fact grow in a variety of colors, and has long been celebrated in Chinese cuisine not only for its flavor, but also for its medicinal benefits. 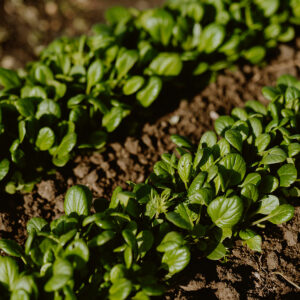 Also known as tendergreen or Japanese mustard spinach, this Chinese cabbage varietal is named for the Japanese village of Komatsugawa, where it was heavily grown during Japan’s Edo Period. With a fresh taste said to be sweeter than spinach and incredibly high nutrition content, it is a natural addition to any vegetable dish. 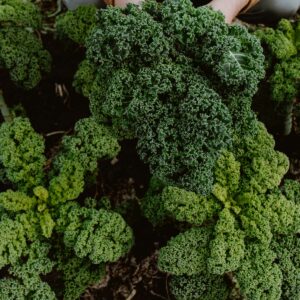 Mustard greens are a common vegetable found in cuisines throughout Northern and Southern Asia, as suggested by its other names Indian mustard and Chinese mustard. These greens feature broad, frilly leaves with fibrous veins and stems and a strong, assertive taste. Their equally strong-flavored seeds serve as the base for the condiment mustard. 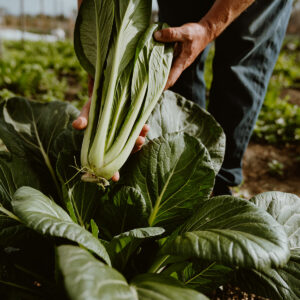 Known as “Asian spinach,” this mild mustard green is actually related to brassicas such as broccoli and cabbage. With its rounded spoon-like shape, firm texture, and sweet, buttery taste, it is an incredibly versatile green that adds flavor dimension wherever it appears. 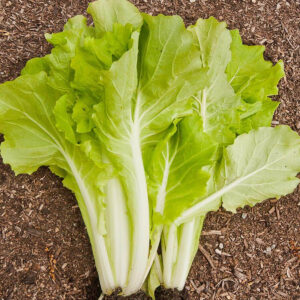 Often mistaken for lettuce, Tokyo Bekana is in fact a Chinese cabbage varietal grown in Japan. Its brilliant chartreuse color and soft, ruffled leaves are paired with a delicate flavor and a melt-in-your-mouth texture.