With its enormous spinach-like leaves and brilliantly colored stems, chard (also known as “Swiss chard”) is as beautiful on the table as it is nutritious. Chard pairs a spinach-like sweetness with a subtle salty bitterness and a hearty texture somewhere between spinach and collard greens. The best known cultivar of Chard, “Bright Lights,” was nearly lost during the 20th century, but is today beloved for its rainbow-colored stems. 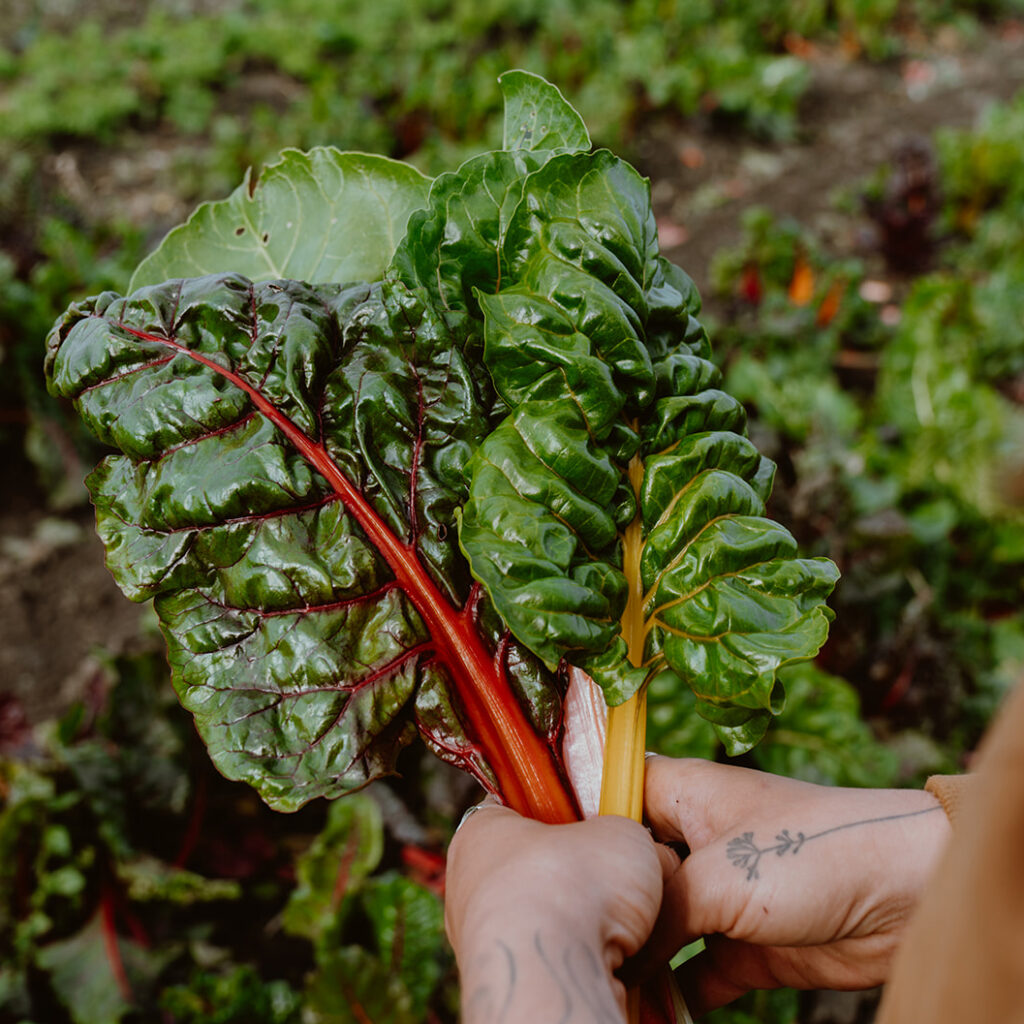 Closely related to beets, chard is believed to have originated in Sicily and was selectively bred for its large leaves. The word “chard” is a corruption of the French term carde, which refers to the thick thistle-like stem, while “Swiss” may refer to the Swiss botanist who classified the modern plant. Chard is almost exclusively grown in Europe until the 1830s, when it began to appear in gardens along America’s Eastern seaboard. By the end of the century, chard was commonplace across the country.

Chard is rich in vitamins C, K, E, beta-carotene as well as manganese and zinc.

Wrap unwashed chard in a paper towel and store in a half-sealed bag in the refrigerator crisper for up to 7 days.

Chard’s slightly briny flavor goes wonderfully with seafood and Asian flavors, while traditional French or Italian recipes will play well off its bitterness, and spicy curries benefit from its sweetness. Chard can easily be substituted for spinach in any recipe, and will not become as watery when cooked.

Slice chard into ribbons and sauté with onions, garlic, and caraway seeds until soft. Stir chard mixture into a pot of prepared polenta, grits, or lentils. Add a generous handful of grated cheese and continue cooking until cheese is melted. Serve warm with a poached egg on top.

The thick, fibrous stems of Swiss chard can be cooked similarly to asparagus. Slice to uniform thickness, then bake, steam, or roast until soft.