Fennel is a member of the carrot family, related to other aromatic plants such as cumin, dill and caraway. Native to southern Europe, fennel has a sweet, earthy taste with notes of anise. 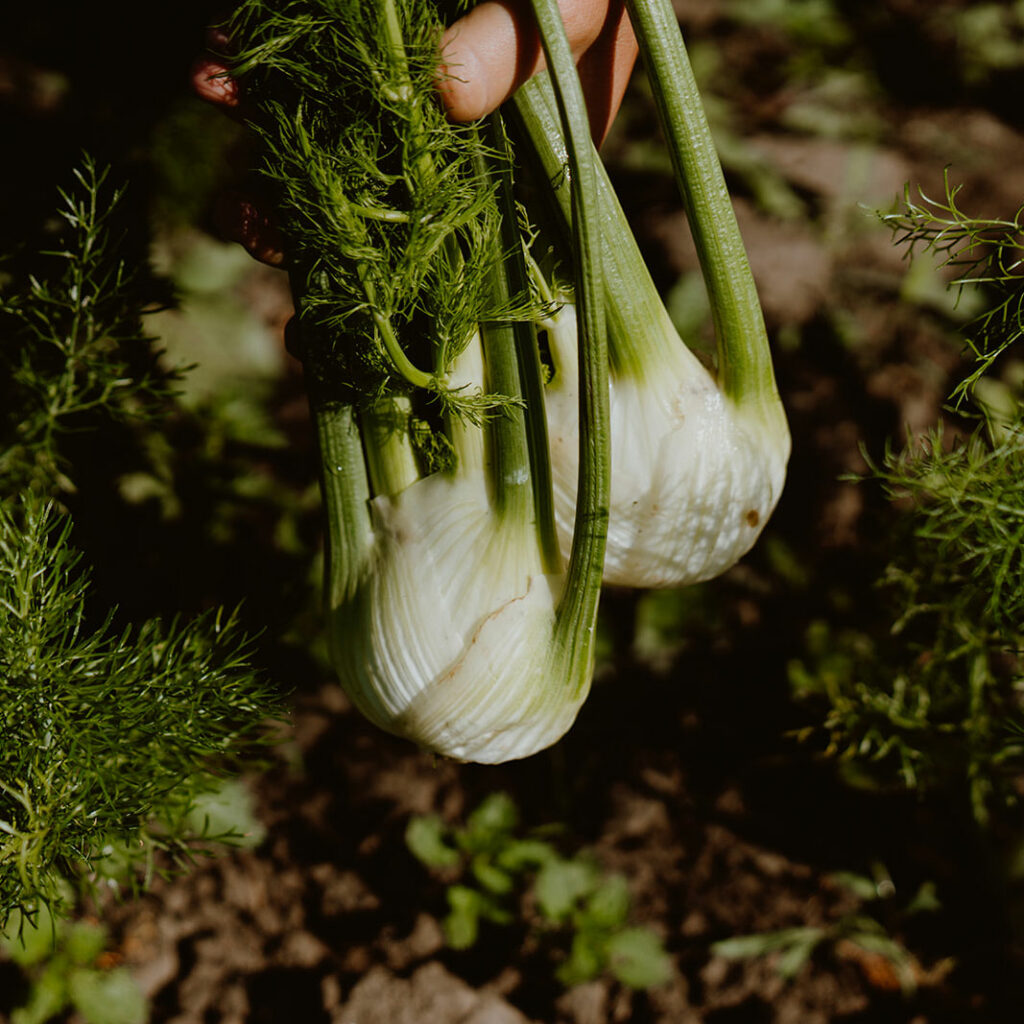 Since ancient times, fennel has been used for culinary, medicinal and magical purposes. A common vegetable in Egyptian, Greek and Roman diets, fennel was also used to treat snakebites, suppress appetite, and improve eyesight. Fennel spread quickly around the Western world due to its open pollination. By the Middle Ages, fennel was not only a common kitchen ingredient, but was also hung in doorways to drive away evil spirits. Brought to North America by English settlers, fennel was commonly included in kitchen gardens, though it was mainly used for its seeds. By the 19th century, fennel was used similarly to celery, included in salads, soups, and stews.

Fennel is a good source of vitamin C, and also contains high amounts of potassium, magnesium, manganese, and calcium. In traditional medicine, fennel has been used as an aphrodisiac and to encourage menstruation and lactation.

Place fennel stalk in a large jar or vase with enough water to cover the base of the bulb, and store for up to 1 week. Alternatively, separate fennel stalks from the bulb, wrap separately in dampened paper towels, and store in sealed plastic bags for up to 4 days.

Fennel leaves are an aromatic addition to salads, spreads, and dairy or egg dishes, while stems can be grilled with fish, meats and vegetables. Both stems and leaves can be added to cured olives, as well as pickles, sauerkraut and other fermented foods. The crunchy bulb can be sliced and served raw in both fruit and vegetable salads. It can also be segmented and roasted with root vegetables.

Try drying fennel stalks in the oven at 200 degrees for about 3 hours, then let cool and continue drying overnight. Use stalks as skewers for grilling fish or meat, or add to flavor stock, broth or infused oils. 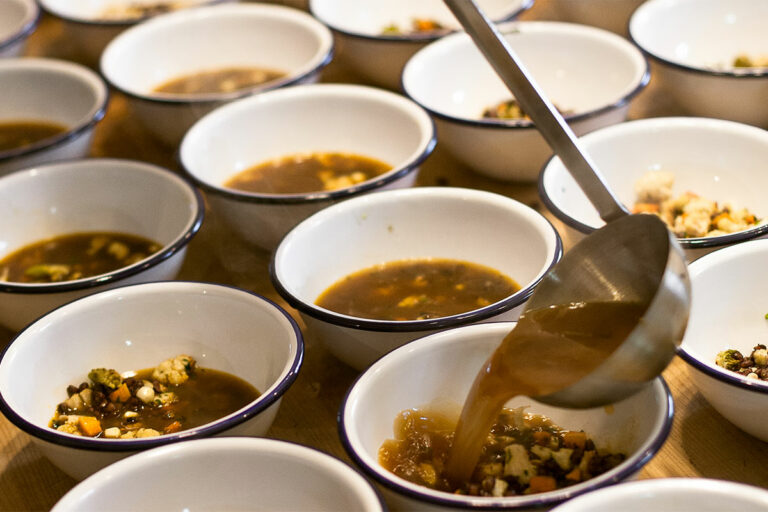 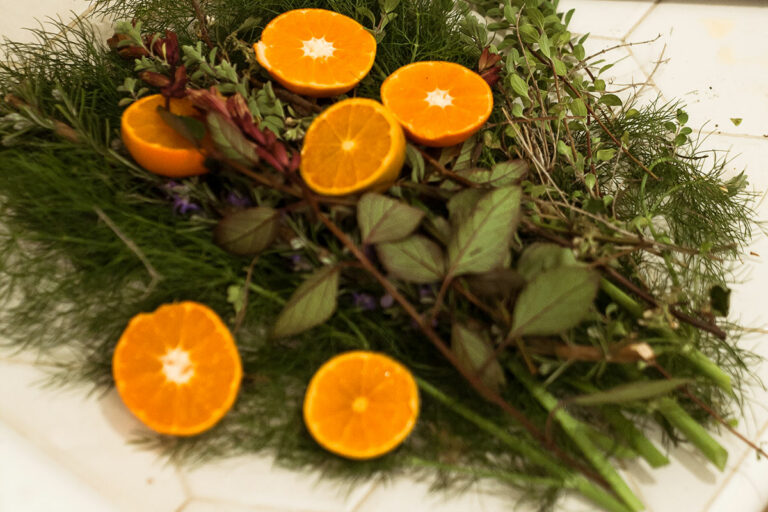 Herbal Tea from the Garden