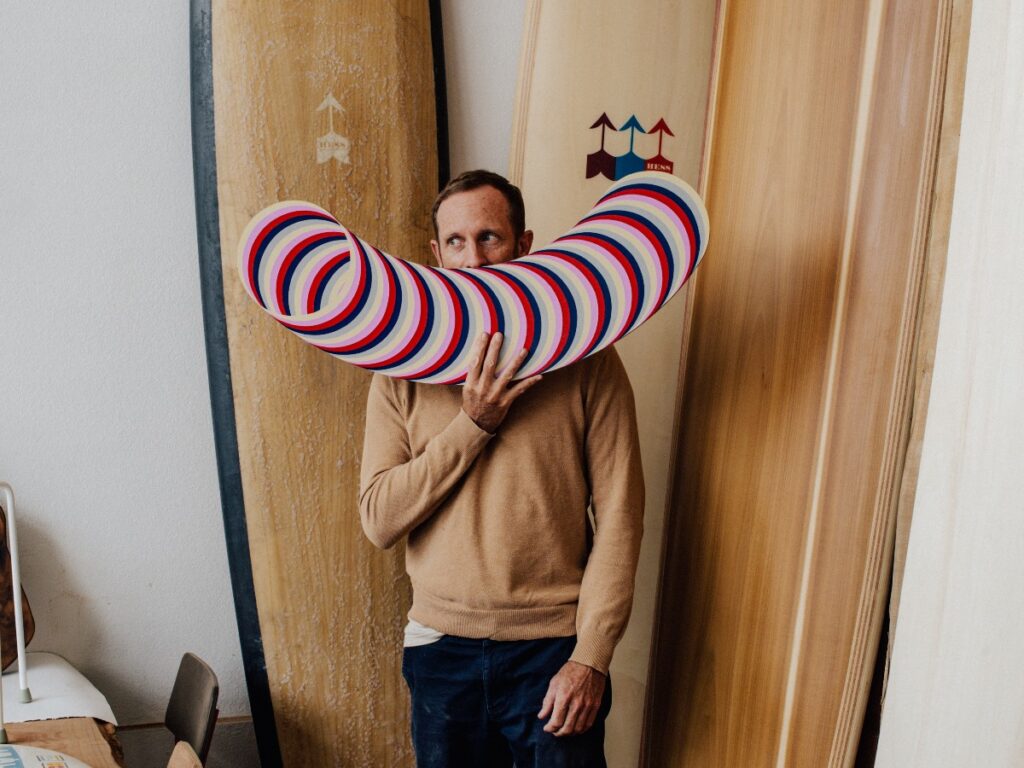 Jeff Canham is an artist, designer, sign painter, and amateur woodworker based in San Francisco. We are happy to feature Jeff as our artist in residence for Taste: Strawberry festival.

How did you get involved with The Ecology Center?
Evan and I both went to a Vissla retreat in Bonny Doon last year. The retreat was a chance for their ambassadors to spend time together and because my studio, Woodshop, had recently done a clothing collection with Vissla I was lucky enough to tag along. I was heading home as Evan was just arriving, but we got to chat a bit and his enthusiasm and positivity won me over instantly. We’ve been looking for a project to work on together since.

How and where do you find inspiration?
There’s no one answer, though traveling seems to always inspire me. Getting out of my normal environment and surrounding myself with something new usually shifts my perspective and sparks new ideas. I find that the things I notice while traveling, a design or a letterform, are often surrounding me in my day-to-day life as well, but it takes getting me out of my routine to become aware of them.
In general, though, inspiration seems to strike when I’m happy and relaxed. I can find ideas under pressure, but the things that I’m most excited about typically don’t come that way.

What is a day in the life of Jeff Canham?
I’m an early riser maybe due to the fact that I’ve got two kids at home that demand it. I’m on dad duty in the mornings, coffee for me, breakfast for the kids, until school starts. I live out by the beach in San Francisco’s Outer Sunset district and my studio is only a short bike ride away. Being a surfer, I’m always curious what the ocean is doing so I typically take the scenic route past the beach to check the surf on my way to the studio. I share a workspace with three other people, two who make furniture, and one who shapes surfboards. I’m typically there most days from 9:00 to 5:00, tinkering in my studio, painting a sign, creating some artwork, or working on a design project. From there it’s back to family life, soccer practice, dinners, that sort of thing. Once the kids are in bed, I’d like to say I’m relaxing and reading a book, but more often than not I’m catching up on emails and working on design projects before bed. Rinse and repeat.

What’s the last thing you learned?
The International Space Station is on Google Maps street view.

What’s the last album you had on repeat?
This is one of those questions that I both love and hate because I struggle with it. The honest answers aren’t satisfying to me, but those are…Drugdealer’s The End of Comedy has been on repeat recently, though I can’t say how much staying power it will have. And Purple Mountains eponymous album has been on repeat since it came out, but it’s so depressing. So I’m going to cheat and list some recent favorite individual tracks: Arthur Russell’s Nobody Wants a Lonely Heart, William Onyeabor’s Fantastic Man, Psychic TV’s The Orchid, Frankie Reyes’s Alma’s Corazon y Vida, and The Modern Lover’s South American Folk Songs (live).

What’s your favorite meal to make?
My six-year-old can’t get enough of spaghetti and meatballs so I get heaps of praise from him whenever I cook that. I can’t say it’s my favorite dish to eat, but the joy that cooking it brings to someone else is well worth it. 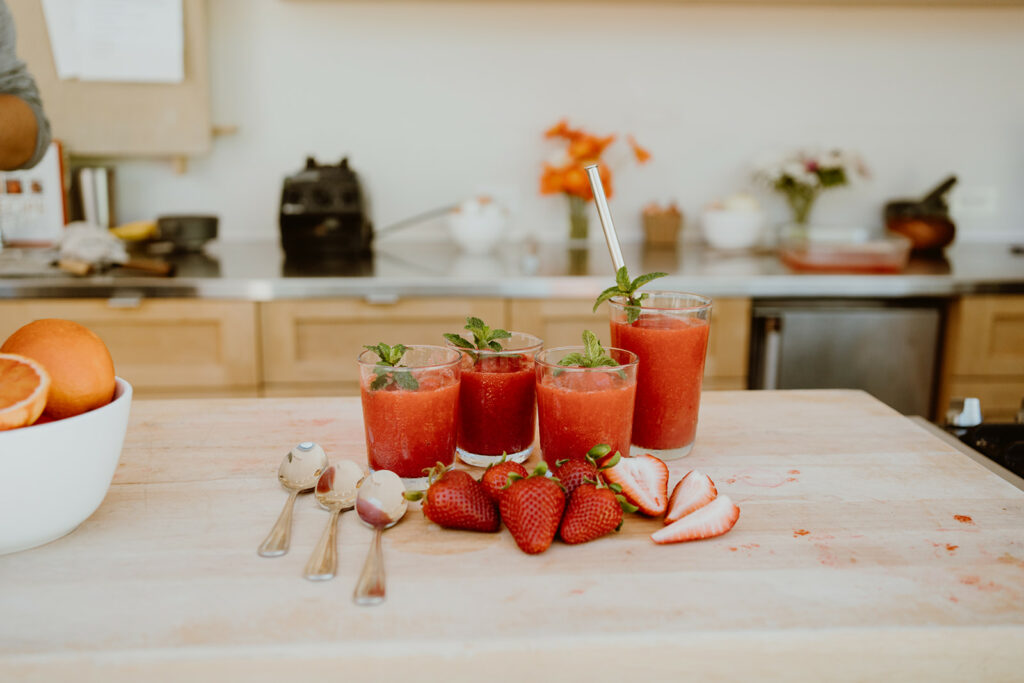 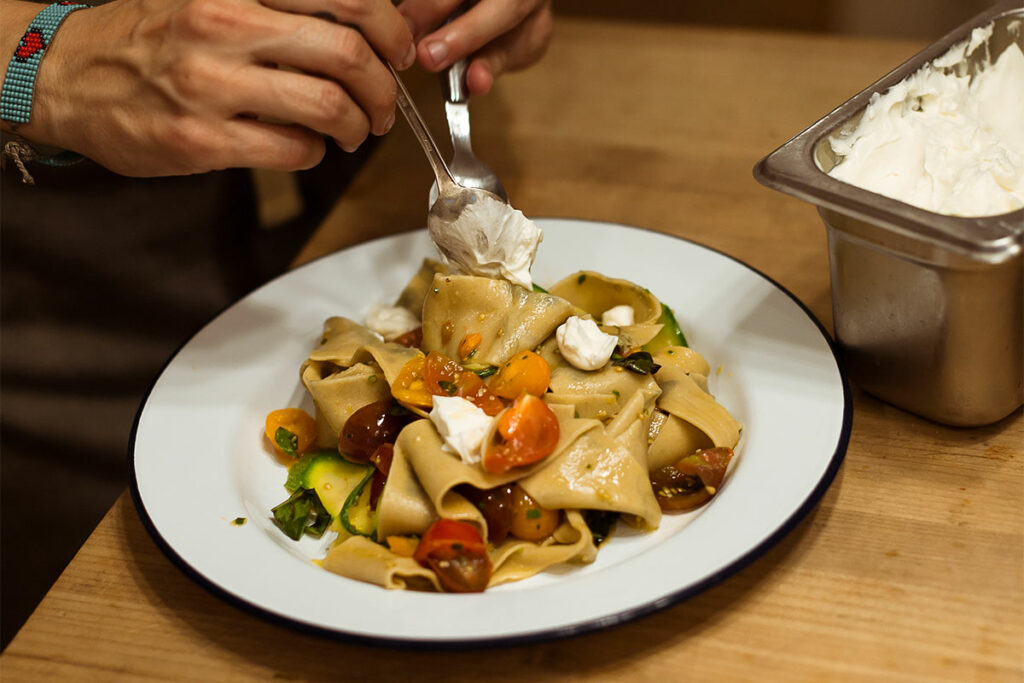 This recipe is an excerpt from our Community Table cook book written by Chef David Pratt. 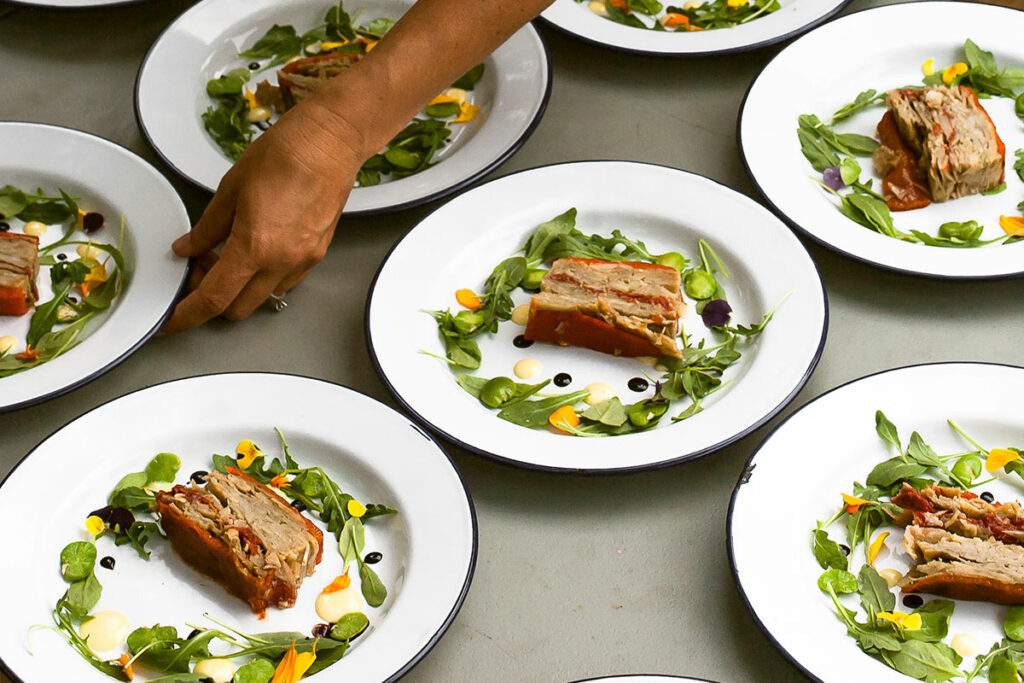 This recipe is from Chef David Pratt and featured in our Community Table cook book. 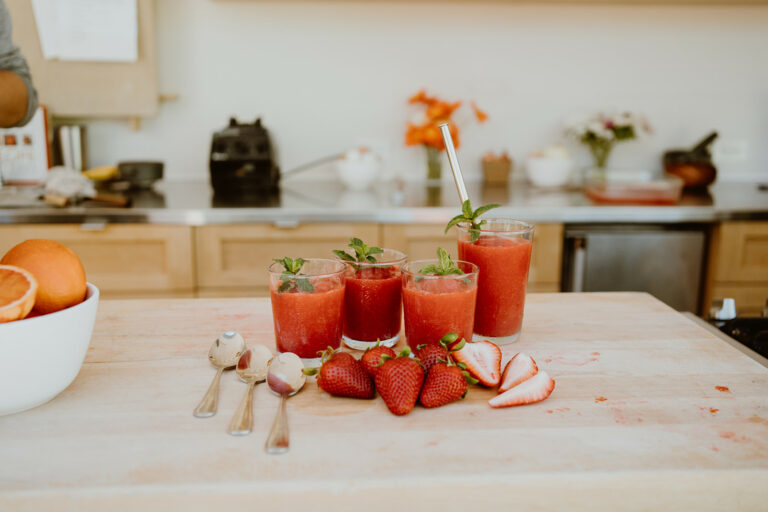 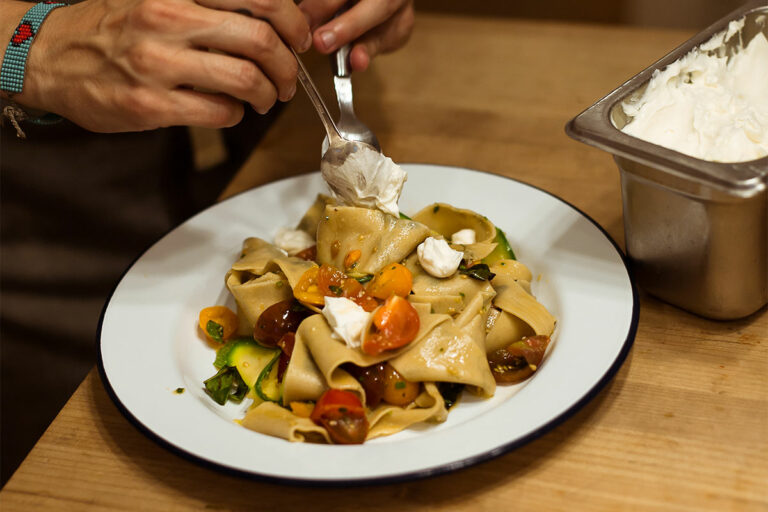 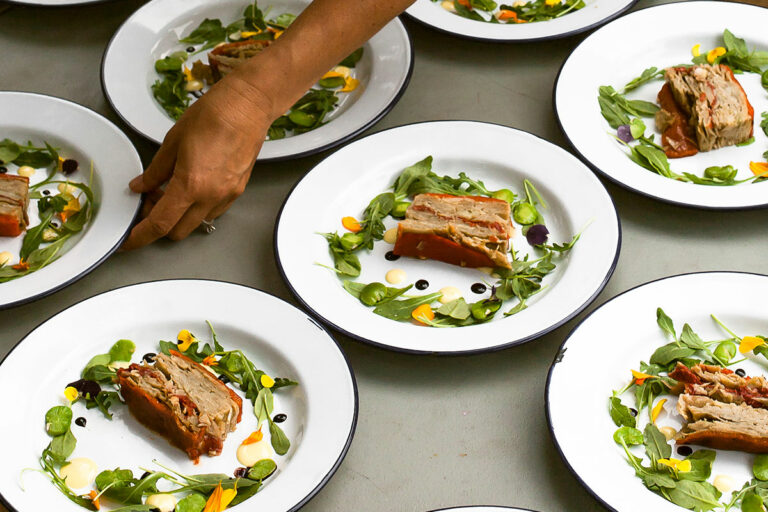 Overnight Oats and Cream with Sprouted Granola and Summer Fruit

A Brief History of the Congdon House

A prayer for the people of Planet Earth. Wear our Rainbow Bridge to celebrate culture and diversity.

Snag our signature rainbow tee for your favorite eco-tots.