A descendant of wild cabbage, kale gets its name from the word caulis, a general Greco-Roman term that referred to any plant in the cabbage family. Its hardiness under cold conditions made kale particularly popular in northern Asia, Europe, and the British Isles. In Scotland, it was such a dietary mainstay that the word kale became a synonym for food. 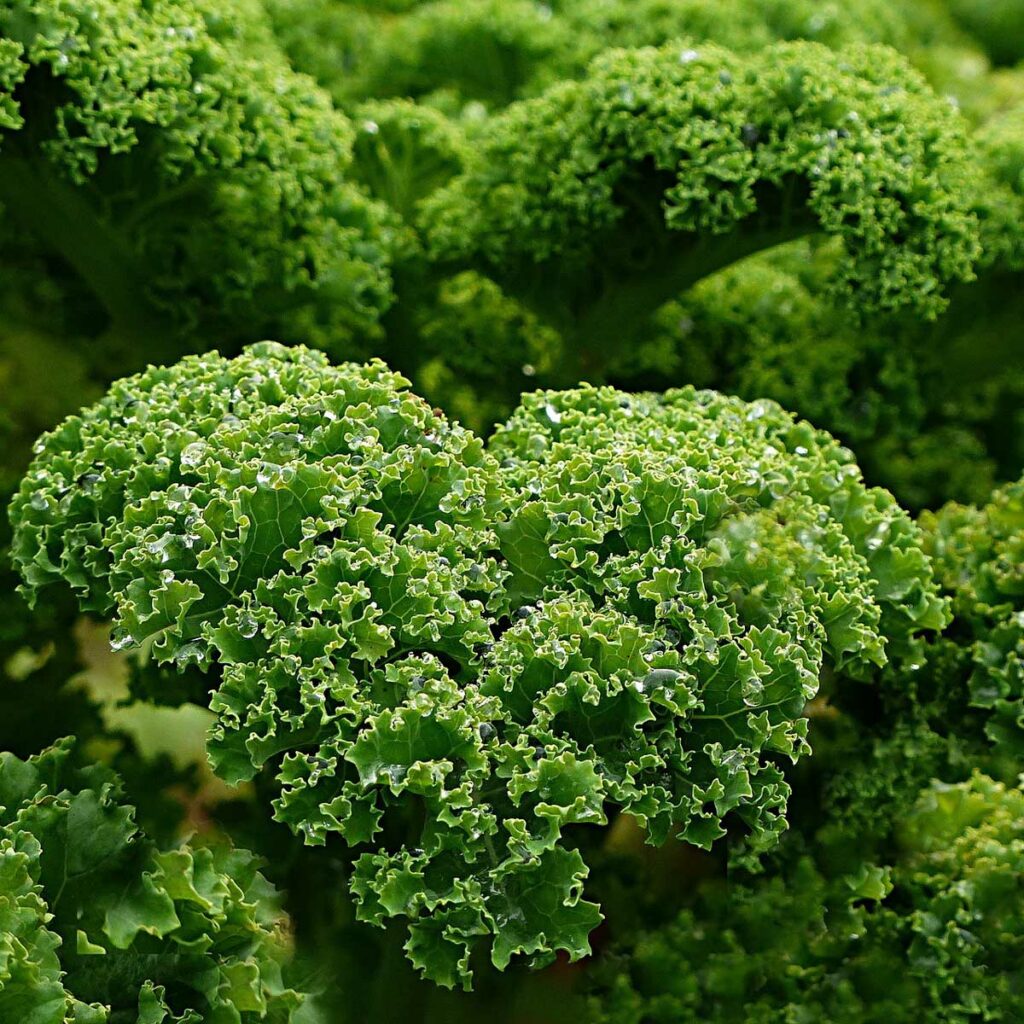 Kale originated in the region between modern-day Asia and Europe, and was domesticated by 2,000 B.C. It is believed that kale was among the world’s most widely consumed green vegetables until the Middle Ages, when modern cabbages were bred. The first mention of kale in America was in 1669, but it became more common in the 19th century thanks to the efforts of USDA “agricultural explorer” David Fairchild. After World War II, kale fell out of favor (likely thanks to its association with wartime rationing), but the introduction of the kale chip in the 2000s restored the vegetable’s popularity.

Kale is known as a superfood for good reason—it is one of the world’s most nutrient-dense foods. One of the top sources of vitamin K, kale is also high in vitamin C, calcium and iron, as well as important antioxidants such as quercetin and kaempferol.

Wrap the dry kale bunch in a paper towel and store in a half-sealed bag in the coldest part of the refrigerator. If kept dry, kale will stay fresh for up to 6 days.

Kale figures in traditional cuisines throughout Europe, from German Grühnkohlfahrt (kale cooked with sausage) to Dutch Stamppot Boerenkool (kale and mashed potatoes) to Portuguese caldo verde (kale, potato, and chorizo soup). Its firm texture holds up well to long, slow cooking techniques, such as braising, stewing, and being added to soups. Its mild but deep flavor makes it a good pairing with hearty and rich flavors, as well as strong spices such as garlic, pepper, ginger, and curry. It is also the leafy green of choice for dehydrating into chips.

Cut kale into ribbons, then blanch for 1 minute in boiling water, and immediately plunge into an ice bath. Press out as much water as possible, then add to a frying pan with sliced leeks. Sauté until kale and leeks are soft, then add sliced mushrooms and continue frying at high heat until mushrooms are seared. Serve over toast topped with a fried egg and/or melted cheese.

Aging brings out the bitterness in kale leaves. If you don’t plan to use your kale in a day or two, make sure to store it in the coldest part of the refrigerator to preserve freshness. 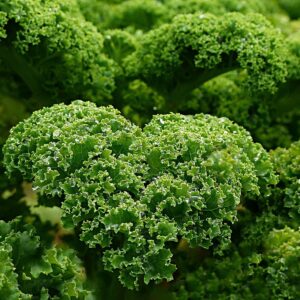 The oldest among current kale varieties, curly kale (also known as Scots kale) descends from kale plants traditionally grown on the cold and blustery Scottish Isles. With tougher leaves than newer varieties of kale, curly kale can be softened by massaging leaves well with oil and salt before cooking. 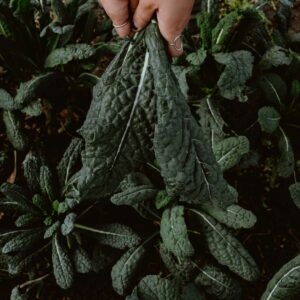 Also known as dino kale, black kale or cavolo nero, this variety has a glossy blue-green color and a pebbled texture. It has been grown in Italy since at least the 18th century, and is the traditional green vegetable included in Italian peasant dishes such as minestrone and ribollita. 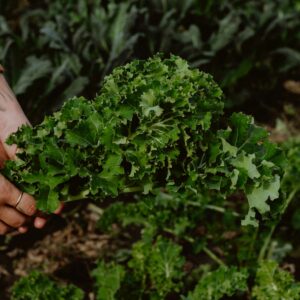 This kale variety is often used as an ornamental plant, thanks to its silver-green leaves with a smoky purple undertone. Developed by crossing Chinese cabbage with European kale and mustard greens, the seeds were originally brought to North America by Russian immigrants in the 1880s.